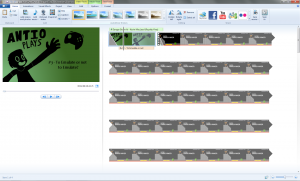 Recently Oral B sent us a Pro 5000 SmartSeries electric toothbrush with Bluetooth in exchange for our honest review. We not only reviewed it, we created an Oral-B Pro 5000 Electric Toothbrush video unboxing video and first look.

In this video, we open the box, take out the toothbrush, and tell you how it works. We also test out the Bluetooth connectivity when we pair it to the Oral-B app on a smartphone.